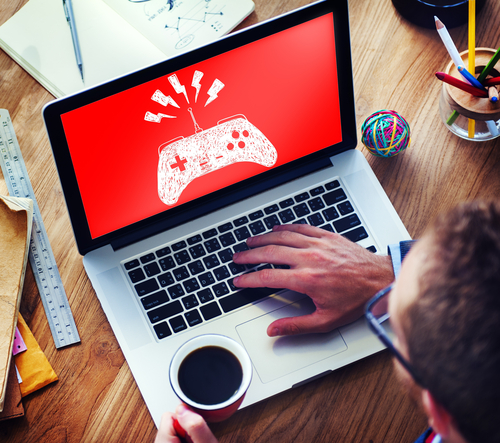 Video game designers are engaged in working on a gamut range of platforms that mostly include online social networks, mobile phones and the web. They are actively involved in devising a game and coming up with clear literature as to how it should be played. The game designer should be able to define the core elements of the game and communicate the same to the others in the development team. It is a creative effort of writing the computer code and creating the art assets.

What are the duties of video game designers?
1. Their main job is to arrive at latest concepts in games and make them engaging and extremely competitive considering the nature that exists across in the industry.
2. They will evaluate and review the competitive products that exist in television, music, films and various other forms to come up with effective game design ideas.
3. They will keep themselves abreast with all the latest technology in the realm and stay tuned with the industry trends. Keeping a note of the audience interests becomes imperative in this segment.
4. They have to be actively engaged in creating gameplay test plans that will be tested on external and internal test groups.
5. They will provide feedback to fellow designers as far as the features functionality in the game design is concerned.
6. The onus is on them to ensure that the gameplay experiences are adjusted correctly and balanced so that the product is a commercial success.
7. They are either directly involved in writing or supervising the content that is there in the game.
8. They will draw feedback from the technical and design staff and integrate the same into the game design.
9. They will in turn provide feedback to the production staff involved regarding the quality of the technical aspects in the game.

It is also their duty to come up with two and three dimensional layouts and mockups. If they are a part of a company, it is their duty to come up with new game concepts and designs and put it across to the management. They will also have to revise the earlier versions to keep the interest pepped up or generate new interest in those who are using the game. Till the game development is complete, they will have to conduct timely design reviews and also collaborate with fellow designers to achieve the desired end product.

The main duty of the video game designers lies in creation and management of the documentation process, prototyping goals, production schedules and also communication plans to be achieved along with colleagues.

Various aspects of the game design have to be documented and flow charts of the gameplay included. There have to be sample menu layouts and mock-up screenshots too to ensure smooth development process. In short, the video game designers are engaged in creating the core game features and designing the game for a game franchise or for a company.