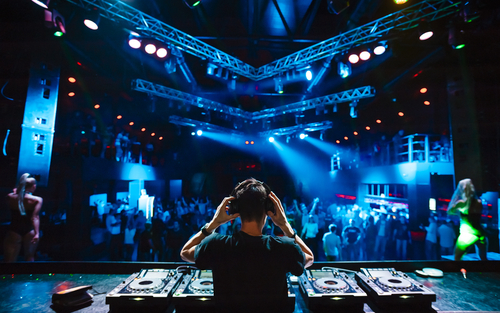 Radio Jockeys, Video Jockeys and Disc Jockeys, aka RJs, VJs and DJs are the latest genre of careers that have emerged in the field of music. People those who possess great aptitude for music can make jockeying their career choice out of which RJ, VJ and DJ has caught up the fancy of the youth.

What are the duties of the RJs, VJs and DJs?
1. Radio Jockey: His main job is to entertain the listeners of the radio programs with his insightful and informative banter. He will have to multitaskâ¦that is, provide information along with playing records. Each one of the jockeys possesses their own style and hence can create their signature style in bringing entertainment to people. One main thing that is needed to be a successful RJ is an eye for detail and keenness to learn about all the latest happenings around the city. They need to be well versed with the city and needless to say about music and films too. Generally the radio jockeys write their own scripts and it calls for a lot of innovativeness. Their duty may be at odd hours and they become popular if their style is good. The popularity increases when they deliver good stuff and similarly their pay too. Generally software programs are used in radio stations to schedule music or play as per the request of the listeners. RJs are also involved in recording commercials that may be used for a later broadcast, preparing material for shows that take place at a later time and previewing new music.
2. Video Jockey: He is an announcer and is found prominently on television music channels and videos. The role of a VJ goes beyond simply making announcements. He anchors reality shows, comic shows and also has to incorporate music and live TV feeds too. VJs have now become TV personalities as they also conduct a lot of celebrity interviews. It is with their wit and humor, their charisma and intelligence; they keep the audience rapt in attention. They are the intermediary figures between music and the audience. No doubt, they occupy the limelight, are in front of the camera and get easily recognized by public, they also need to be well informed about a whole lot of things as they get into conversation, live, with their audience. It is with their talent they have to sustain the interest of the viewers. There are many VJs who specialize in specific genres of music.
3. Disc Jockeys: He is a person who plays after selecting, pre-recorded music and keeps the audience entertained in club settings. These professionals generally tie up with clubs and also have their set of equipment that may comprise of lights, mixers, software, hardware, records, earphones and other paraphernalia. The kind of music they play gives them their recognition. They need to be fully aware of the mood of the audience and play the music accordingly. DJs spin music at graduations, wedding receptions, nightclubs and other settings. They can team up with people belonging to other professions too in order to find consistent work or be a part of a package deal (like in that of a wedding planner). They may also serve as emcees at big gatherings.

Whatever jockeying that the individuals engage in, they need to have pleasant voice and demeanor. They should exude confidence and also possess the gift of the gab in order to make the program an interactive and a lively session. This is a highly competition driven industry and DJs must possess a clear set of goals in order to climb higher up the ladder when they choose this as their prime career.